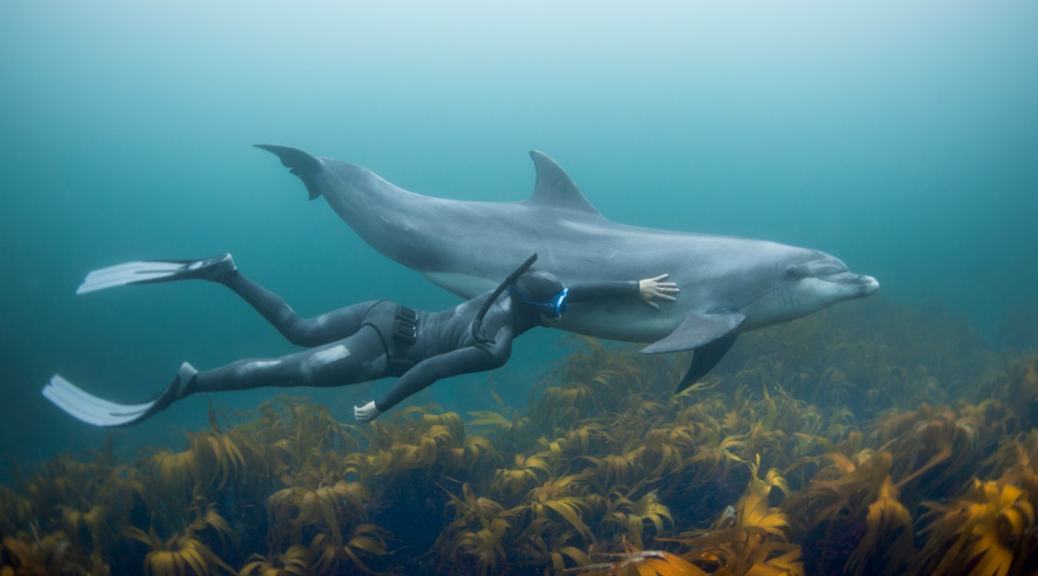 Dolphins awaken interest of most people, if not everybody. Some of them are attracted by these creatures for their intelligence. Others because they believe they have a special connection with them. Whatever the reason, the fact is that there are some behaviours and characteristics of these wonderful animals that are shared with humans. Do you dare to find out?

According to a study published in August 2016 in the journal Mathematics and Physics, scientists have discovered what appears to be a type of spoken language of dolphins.

Specifically, they have found that two dolphins took turns at the time of producing sound pulse packs and they  do not interrupted the other while the partner was communicating. Some people should learn from the dolphins, don’t you think? Scientists have compared it to a conversation between two people.

It is the first time that this phenomenon has been detected. Now, thanks to microphones that distinguish the different “voices” of animals, it has been possible.

But they have not only reached this conclusion. They also believe that each sound pulse corresponds to a word and pulse packs are actually phrases, in the same way that humans do. This means that the two individuals were sharing some kind of message.

All this demonstrates the high level of intelligence and conscience of these animals, besides the level of development of their spoken language, comparable to humans.

Do you want to know about some cetaceans with dialects?

2. DOLPHINS ALSO HAVE A NAME

To be more correct, dolphins have identification whistles that allow the identification of individuals, called signature whistles. Calves develop over time its own whistle, which seems to be part of their imprinting.

Imprinting is a pattern of rapid learning and normally stable that appears early in life of a member of a social species, and implies the recognition of their own species. This may involve attraction to the first seen moving object, even another species.

It is not after two months of life that they develop their signature whistle. At the time of “choosing its name”, they seek a whistle different from the other members’ group to avoid confusion.

Another study from 2013 concluded that dolphins respond when they hear that another individual “says its name.” It also showed that in case animals are exposed to signature whistles that are not of any member of the group, they do not respond.

You can find more information in this video from National Geographic:

3. MOTHERS TALK TO THEIR BABIES WHEN THEY ARE IN THE UTERUS

What pregnant woman has not sung or spoken to her babies as they were being developed in the womb? According to experts, this helps the baby to recognise her voice. We now know that we are not the only species who do it.

A research suggests that mothers talk to their babies. Specifically, they sing their own name. This is believed to help the baby to recognise her mother’s voice.

The songs are intensified two weeks before birth and last until two weeks later. The funny thing is that the rest of the group significantly reduce production of its signature whistle during the first two weeks of life of breeding.

4. SEX: BEYOND THE PROCREATION

How many animal species do you know that have sex for pleasure? It is known that several species of dolphins, like humans, bonobos and other species, have sex beyond procreation.

This is known to be true because females have been watched having sex beyond their period of ovulation. It is also known that killer whales, the larger dolphin species, have homosexual behaviours.

In addition to feeling pleasure, these “encounters” can serve to strengthen the links between the different members of a group.

I leave this other video of National Geographic in which promiscuity dolphins is explained:

5. DOLPHINS USE PROTECTIONS TO AVOID INJURY

A study reported that bottlenose dolphins (Tursiops truncatus) use sea sponges, supposedly to avoid getting hurt with rocks when  they are looking for something to eat or to avoid the pincers of crabs.

This behaviour has been named sponging. This practice cannot be extended to all individuals of the species, as it has only been described in a region of Australia.

It is believed that this behaviour has passed between generations, from mother to female offspring (very little in males), but there was only one inventor, that had the occurrence between 120 and 180 years ago.

In addition, scientists have found that females who use sponges, compared to those in the area which do not use them, are more lonely, spend more time in the depths and spend more time feeding, without compromising the future of their offspring.

OK… That is not true! But look this video of a captive dolphin, which steals woman’s iPad.

Which of these facts have you found more surprising? Do you know other dolphin behaviours that are similar to humans? Leave your answers in the comments.