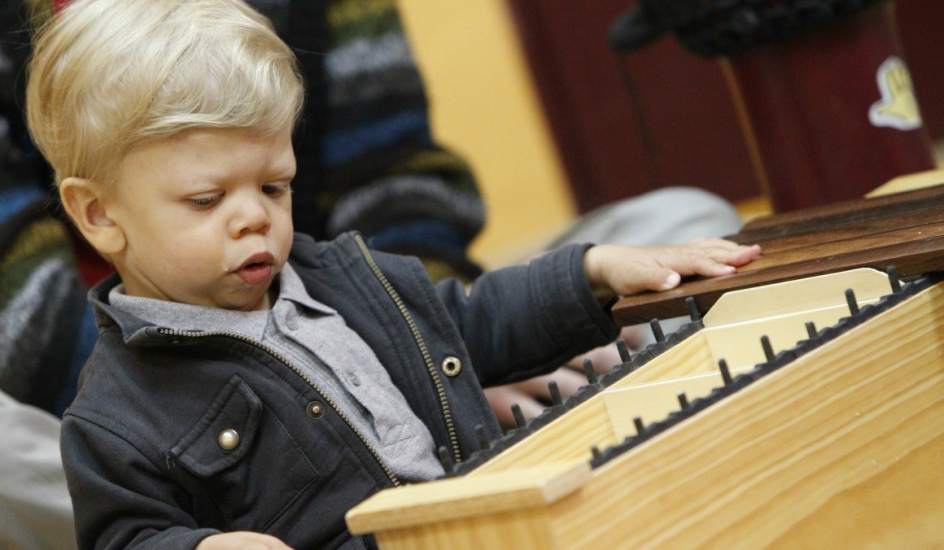 Williams syndrome affects 1 in 20,000 new-borns, and it is considered a rare disease. It is said that people affected have a gift for music. You can learn about this syndrome and know their music relation in the following article.

WHAT IS WILLIAMS SYNDROME?

This syndrome is called with several names: Beuren syndrome, Williams-Beuren syndrome, Elfic traits syndrome, supravalvular aortic stenosis and hypercalcemia syndrome… These names are related with their discoverers or their clinical features.

There chromosomic rearrangements are due to LCRs (Low Copy Repeats), it means big similar blocks, which are formed by duplication of pseudogenes (genes without defined function) or repetitive DNA inside the specific chromosomic region.

Microdeletions usually measure 1 to 3Mb of length, and involve several contiguous genes. The size and location of microdeletion that cause a syndrome can change, but specific critic region is always involved.

The gain of material produces a slight phenotype, then there are people affected by microduplication, but they do not have some characteristic features like in the microdeletion.

The phenotype is slight. They have a mild or moderate intellectual disability, and their intellectual quotient (IQ) is 50-65.

They also have an elastin deficit, which produces anomalies in connective tissue. The majority part of medical problems are due to supravalvular and pulmonary aortic stenosis, narrowing blood vessels.

They suffer hyperacusis (sensitive hearing). However, they are great musicians and have facility for learning musical language. The delay in the language’s development can later convert into loquacity and a strong capacity to learn by listening.

Although Williams syndrome is considered an autosomal dominant disorder, in most cases microdeletion is not inherited, but it is de novo.

More than 90% cases there is a deletion of 1.55Mb of DNA. This deleted part includes 26 genes. 5% corresponds to a deletion of more bases, producing a deleted fragment of 1.8Mb and 28 genes. It is atypical to find other deletions, however there are cases. All cases include ELN gene (elastin gene), which forms part of Williams syndrome critic region (Figure 3).

Deletion of an elastin gene allele is identified as Williams syndrome’s cause. There is a clear genotype-phenotype correlation, where elastin gene is responsible for connective and vascular tissues defects. Actually it is studying other genes, but there are not enough studies which strengthens a correlation between observed phenotype and these genes.

People affected by Williams syndrome have an entirely normal life. Cardiovascular conditions can cause worse clinical signs, but with medications, if it is necessary, they are not a disadvantage.

Still more has to be improved, but the integration into society of people with a lower intellectual deficit to the median is quite good.

Figure 4 shows the draw and explanation of elephant by a 18-year-old girl affected by Williams syndrome, with 49 IQ.

They have very specific weaknesses in visual motor integration, which are those that cause intellectual disability, but with a certain preservation of language and other activities (sociability or empathy).

In spite of these weaknesses, they are considered great musicians. Following there are two examples of those affected by Williams syndrome with talent for music.

Gloria is not able to tie her sneakers, but she has learned to sing songs in 30 different languages (Video 1).

Video 2. Jim playing the piano. In minute 1:40 he makes a turn and starts playing faster without obstacles (Source: YouTube)