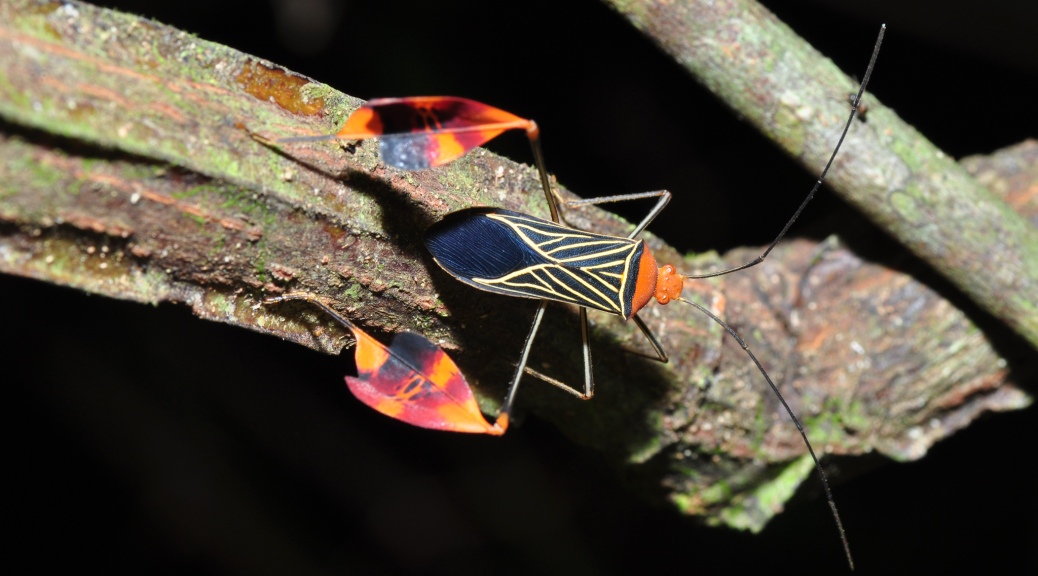 Have you ever felt uncomfortable when hearing this expression or feared to find your bed infested with bed bugs? Yes, bed bugs exist. However, good news is that not all insects known as ‘bugs’ sting nor live inside our bed sheets.

What bugs really are? Are all of them harmful? Where can we find them? Find out their diversity through this post, and give up thinking that bugs are dangerous!

Which insects are called ‘bugs’?

When talking about ‘bugs’, people are unconscious about the true diversity of these organisms. Bugs, and more exactly true bugs, belong to the Heteroptera suborder, which includes more than 40,000 species worldwide; in fact, they are the largest group of insects with simple metamorphosis. Their most ancient fossil, Paraknightia magnífica, which was found in Australia, has been dated from the late Permian (260-251 MA).

The Heteroptera belong to the Hemiptera order, inside which we can find other suborders which were formerly classified as a single suborder (‘Homoptera’). Some of the suborders once classified as ‘Homoptera’ include some well-known organisms, such as cicadas (Cicadidae) and aphids (Aphididae).

How can we recognize them?

Heteropterans appear in different forms and sizes. The tiniest specimens belong to the Anthocoridae, Microphysidae, Ceratocombidae, Dipsocoridae, Aepophilidae and Leptopodidae families, which are barely visible to the naked eye. Among the largest members there are some species of the Belostomatidae family, such as Lethocerus indicus (6.5-8 cm length). Despite this, they appear as a monophyletic group according to molecular data.

They show at least three synapomorphies:

Furthermore, they have forewings (formally known as hemelytra) with both membranous and hardened portions, which gives its name to the group (Heteroptera, from the Ancient Greek ‘hetero’, different; ‘-pteron’, wings).

Heteropterans undergo a simple metamorphosis, so youths or nymphs and adults almost show no differences and cohabit in the same habitat. After hatching, nymphs molt several times until reaching the last nymphal molt, known as imaginal molt, through which they reach adulthood.

Adults differ from nymphs on having wings, a new disposition of odoriferous glands openings, a different number of tarsal (legs) and antennal segments, ocelli, ornaments (spines and glandular hairs), sexual traits on the terminal abdominal segments and sometimes a different coloration, besides a bigger size and a way harder tegument.

Specimens of the same species emit volatile pheromones produced by their odoriferous glands as a way of communication. So, they can expel aggregation pheromones and sexual pheromones to gather in a point or to find a mate, respectively. In some species, it has also been documented the emission of sounds produced by stridulation, that is, producing sounds by rubbing together certain body parts.

Even though most people know something about heteropterans due to the famous bed bugs, feeding on blood is far from being the only life form among true bugs.

Most heteropterans inhabit terrestrial environments, either on plants or on the ground as phytophagous (they feed on vegetal fluids) or predators of other insects. There are also some terrestrial heteropterans that feed on roots or on fungi that develop under tree bark. Some examples of terrestrial phytophagous families are Pentatomidae and Coreidae. Among predators, which use their stylet to inoculate proteolytic agents inside their preys to dissolve their content and then suck it, there are a lot of members from Reduviidae family.

Aquatic and semiaquatic forms have special adaptations to live in water, like hydrofuge hairpiles which repel the water. Most of them live in lakes and rivers, either on their surface (semiaquatic) or submerged.

Semiaquatic species usually have long legs and long antennae, which together with the hydrofuge hairpiles let them to stand on water. Water striders (Gerridae), which are very abundant in Europe, are a clear example of this life form.

Aquatic species usually have a pair of legs adapted to swim. A good example of this are the members of the family Notonectidae or backswimmers, which have the hind legs fringed for swimming.

Despite living in water, aquatic heteropterans need surface air to breath, so they go out of water periodically. They present different strategies to absorb oxygen, such as swallowing air that goes directly to the respiratory or tracheal system through a siphon (Nepidae) or capturing air bubbles with their hydrofuge hairpiles (Nepidae). Other simply get covered of a tiny air layer using their hydrofuge hairpiles.

Finally, there are heteropterans that feed on blood and live as bird and mammal parasites. This is the case of the Cimicidae family (e. g. Cimex lectularius, the bed bug) and some groups of Reduviidae, such as the members of the subfamily Triatominae, which are also known for being vectors of the Chagas disease in the center and south of America (being Triatoma infestans its main vector).

All organisms on Earth are necessary for some reason: you only need to investigate about them. Even the true bugs!