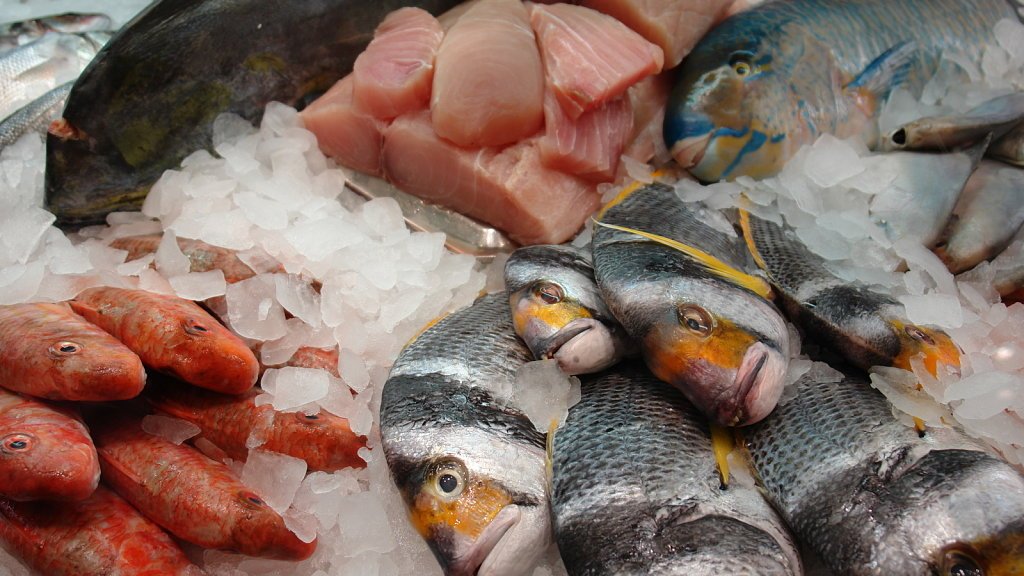 This article is included in the fishing section, so we will talk about how much fish do we eat worldwide. To do it, we focused on a 2014 FAO report (Food and Agriculture Organization of the United Nations).

The global production of fish and other aquatic organisms includes two types of activities: on the one hand, the capture or fishing of wild organisms and, on the other hand, their production in aquaculture. This production has increased steadily in the last five decades. The reason is an increase on the demand of fish to be feed: in the 1960s, each person ate 9.9 kg on average every year, while in 2012 this value was about 19.2 kg.

In 50 years it has been doubled the average consumption of fish, achieving 20 kg per person on 2012.

There are some reasons that explain this increase: the worldwide population growth, rising incomes and urbanization, a large expansion of fish production and an improvement on the distribution channels.

China has been the most responsible country of the growth in the availability of fish due to its big rise of the fish production, mainly in aquaculture. Its consumption for person grew in an annual rate of 6% between 1990 and 2010 till 35.1 kg in 2010.

On the other hand, in the developing countries fish comes from local fisheries and they eat seasonal fish. Nevertheless, these countries are presenting a diversification of the species because it has increased the incomes and wealth.

18 countries were responsible of 76% of total marine captures.

If you have find it interesting, we will thank you a lot if you share this article in social networks to achieve more people. The goal is to share our knowledge to world.

This publication is under a Creative Commons license:

This is the first post in the topic Impacts of the fishing, whose goal is to expose the impact of fisheries in the sea populations and them ecosystems.

Fishing consists on the exploitation of the aquatic populations that exsists naturaly. Since 1950, it has been observed an increase of the natural captures until 1990 due to the incorporation of motors and sonars in the ships. As of 1990, the capture are around 90 million tonnes. Nowadays, the fishing pressure is so high that the fisheries tend to collapse because the adults cannot produce enough juvenile fishes. The following picture shows the evolution of the natural captures (blue) and the evolution of aquaculture production (green) (FAO). 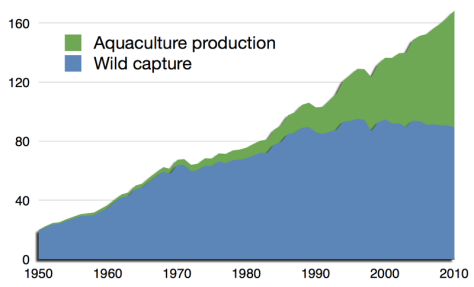 The captures of the fisheries have different components. On one side, the capture of the species of interest (goal species) and, on the other side, the other species with no interest (bycatch). Bycatch can be divided into species with low value or discards. Discards consists on species captured unintentionally because they economic value is non-existent, species legally protect or with a bad appearance. Fishing by trawling discards 40% of the captures. 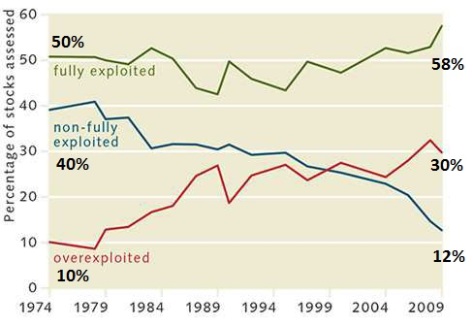 The climate change and the fishing are the main factors that impact the sea. The effects of the fishing take place in the organisms and ecosystems.