Last week, Maribel talked us about disease outbreaks, many of which are transmitted by insect vectors. In the last years, media has been reporting an increase of illnesses transmitted by insects and other arthropods. One of the latest cases was the outbreak of zika virus, which is transmitted by mosquitoes of the genus Aedes (the same one as the tiger or forest mosquito, Aedes albopictus). These insects, known as vectors, used to be distributed across tropical regions, but they have started to spread away from their native range.

In this article, you’ll learn what a vector is and why are they spreading around the world.

What is a vector?

In epidemiology, a vector is defined as an agent (either a human, animal or microorganism) that carries and transmits a pathogen or any other infectious agent from an infected organism to another, either directly via the blood flow or indirectly via the food, water or any other element a susceptible organism may be in contact with.

The most remarkable and abundant vectors belong to Insecta class (although there are other arthropod vectors). Even though vectors could transmit infectious agents to either plants or animals, in this article we will focus on those agents related to animal diseases.

Insects as vectors can assume different roles according to the relation they establish with the infectious agent they carry:

Even though some insects become hosts of different pathogens, they rarely get ill as a consequence of this relation because vectors are an essential element for pathogens to reach their final host, which is usually a vertebrate (as we humans). So, pathogens avoid to damage vectors because they need them to reach other organisms.

However, although infectious agents try to not damage their hosts, sometimes they induce some morphological changes in vector’s bodies that improve their transmission skills. For example, some mosquitoes undergo structural modifications of their mouthparts that limit the amount of blood they can suck at a time, so they bite more frequently in result.

Why are vectors so problematic? 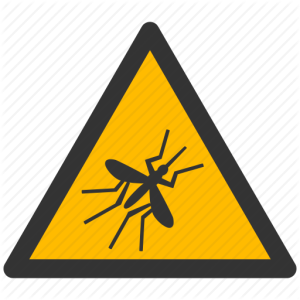 Some infectious agents would have a limited spreading ability if there were not vectors that transport them. Most of vectors are hematophagous insects (i.e., that feed on blood), thus the transference of pathogens to a new organism takes place by a more direct way, e.g. through saliva or blood. Therefore, for some pathogens using vectors to pass from one host to another is an essential fact to assure their survival and, especially, to guarantee their dispersal through the space.

Therefore, we consider vector-borne diseases the most hazardous and unpredictable, which is mainly due to the reasons listed below:

Examples of different vectors and their impact

According to WHO, mosquitoes form the major group of vectors responsible of different vector-borne diseases: they’re responsible of illnesses like Malaria, Dengue or Yellow Fever, as well as other diseases less famous like Lymphatic filariasis.

As well as mosquitoes, there are a lot of insects and other arthropods (or even other invertebrates) that could act as vectors, e.g. ticks, flies, sand flies (Phlebotominae, a subfamily of dipterans that look like mosquitoes), triatomines (bugs from the family Reduviidae) or even some freshwater snails.

If you are interested on learning more about each of these vectors and the diseases they transmit, you can visit the WHO’s website.

Which impact have vectors on public health?

Why are vector-borne diseases currently in expansion?

Typically, most vectors are located in tropical regions; currently, variations in temperature and different climate patterns could be driving changes in their native range. The increase of annual mean temperatures and the introduction of disturbances in seasonal rhythms in latitudes located above tropics seem to be the major causes of the spreading of these organisms. Thus, in a few years the number of cases of vector-borne diseases will probably increase greatly in different non-tropical locations around the world (e.g. Dengue, Chikungunya fever or West Nile Fever transmitted by mosquitoes of the genera Aedes, Anopheles and Culex).

However, climate change is not the only possible cause of their expansion: global transport and commercial exchanges worldwide are an open door to the international transport of vectors. If there is also a climate matching (that is, a correlation or similarity in climatic conditions) between the native and the new range, it is way easier for vectors to settle in the new location.

There are also evidences that changes in some agricultural practices forced by changes in temperature and precipitations could be influencing on the spreading of vector-borne diseases (mainly due to an inappropriate use of water sources, since many insects go through an aquatic larval phase).

To sum up the current situation of diseases transmitted by mosquitoes in Europe, take a look at the infography below from the European Centre of Disease Prevention and Control (enter this link to download it in a better resolution). In this web, you can also consult other infographies and find more information about each vector.

Vector-borne diseases are a major concern for public health at a global scale. Although they are unpredictable and very hard to control, the implementation of good management practices in different economic, environmental and agricultural sectors could slow down their progress. In relation with the effects headed by climate change and globalization…Could it be too late? And you, what do you think about this issue?

Main picture: mosquito responsible of Chikungunya (from the Centre for Disease Control and Prevention).

Follow All you need is Biology on WordPress.com
Els meus tuits