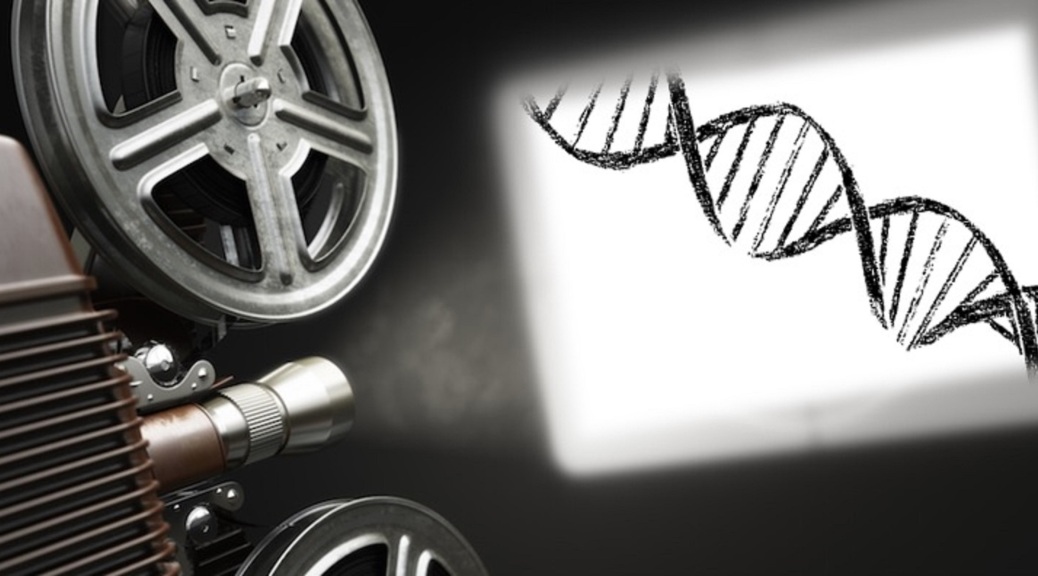 A little more than a month for the great gala of the cinema, the Oscars, I present some films related to genetics. There is a variety of feature films, especially sci-fi. For this reason, this is the first of several articles about cinema. In this article I will focus on films based on genetic diseases.

Story line: A 10 years-old boy born with a facial deformity is destined to fit in at a new school, and to make everyone understand he is just another ordinary kid, and that beauty is not skin deep.

Story line: It tells the story of a woman slowly going blind, the death of her twin sister tries to uncover the mysterious.

Relation with genetics: Both Julia and her sister suffer from retinitis pigmentosa. This disease causes the progressive loss of vision, affecting the retina, which is the layer of light-sensitive tissue in the back of the eye.

The first symptoms tend to be the loss of night vision and difficult to guide in low light. Later, the disease produces the appearance of blind spots in the lateral vision. With the passage of time, these blind spots come together producing a tunnel vision (Figure 1). Finally, this leads to blindness.

The inheritance pattern can be autosomal dominant, recessive or linked to the X chromosome. In the first case, a single copy of the altered gene in each cell is sufficient to cause the disease. Most people with autosomal dominant retinitis pigmentosa have an affected father and other family members with the disorder.

Story line: Sara and Brian Fitzgerald’s life with their young son and their two-year-old daughter, Kate, is forever altered when they learn that Kate has leukaemia. The parents’ only hope is to conceive another child, Anna, specifically intended to save Kate’s life. Kate and Anna share a bond closer than most sisters: though Kate is older her life depends on Anna. Until Anna, now 11, says “no. Seeking medical emancipation, she hires her own lawyer, initiating a court case that divides the family and that could leave Kate’s rapidly failing body in the hands of fate.

Relation with genetics: Leukemias are the first type of cancer in which genetic alterations were described, such as translocations, which are the most frequent (more than 50% of cases). In addition, these have high prognosis and diagnostic value. There are many types of leukemias, therefore it is a diverse group of blood cancers, which affect blood cells and bone marrow. It is the most frequent type of cancer in children; however, it affects more adults than children.

A first classification is based on the lineage: lymphoid (blood-forming cells) or myeloid (cells of the bone marrow). At the same time, you are (lymphoid or myeloid) also classified according to the clinical presentation: acute (symptoms in short period of time and severe symptoms) or chronic (the time is longer).

In adults, acute myeloid leukemia (AML) and chronic lymphocytic leukemia (CLL) are more frequent, while in children it is acute lymphoblastic leukemia (ALL).

Story line: The story concerns 5-years-old Lorenzo, suffering mightily from an apparently incurable and degenerative brain illness called ALD. His parents, an economist and a linguist, refuse to accept the received wisdom that there is no hope, and set about learning biochemistry to pursue a cure on their own. The film becomes an intriguing scientific mystery mixed with a story of pain, grief, and the strain on the two adults.

Relation with genetics: Lorenzo suffers from adrenoleukodystrophy (ADL) or also known as Schilder’s disease. It is a disease that mainly affects boys, since it has a pattern of inheritance linked to the X chromosome. It is in this chromosome where the ABCD1 gene is located, involved in the transport of very long chain fatty acids in peroxisomes (organelles involved in the metabolism of fatty acids).

It mainly affects the nervous system and the adrenal glands, which are small glands located in the upper part of each kidney. In this disorder, myelin deteriorates, the coating that isolates the nerves in the brain and spinal cord, reducing the ability of the nerves to transmit information to the brain. In addition, damage to the outer layer of the adrenal glands cause a shortage of certain hormones, resulting in weakness, weight loss, changes in the skin, vomiting and coma.