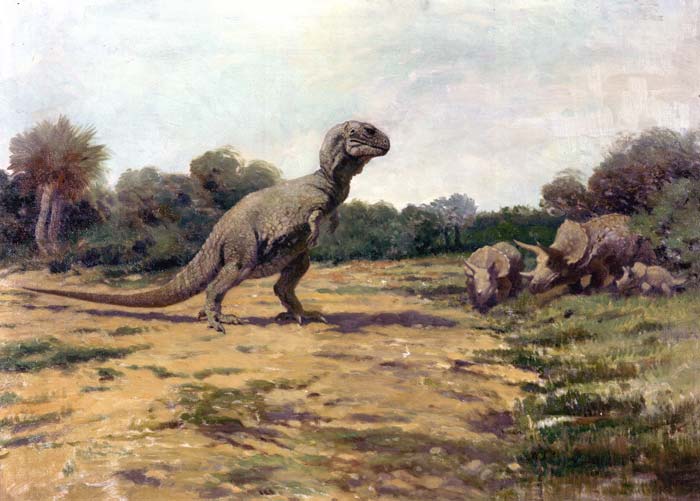 For more than 130 years dinosaurs have been classified into two distinct orders, the saurischians and the ornithischians. But as it is common in biological sciences, every theory is true until the opposite is proved. A new study has called into question classical dinosaur classification, destroying and redistributing some of the different dinosaur groups. Even if this new hypothesis isn’t 100% sure yet, in this entry we’ll explain what this dinosaur reordering consists in.

Yet, this classification doesn’t have the last word. Palaeontology is an extremely volatile science, as with each new discovery, you can dismantle everything you knew at that moment, even if it’s a centenary-old hypothesis. This is what has recently happened with dinosaurs.

THE RISE OF A NEW HYPOTHESIS

A new study published in March 2017, has caused the reconsideration of traditional dinosaur classification. Many previous studies assumed the Saurichia/Ornithischia classification as true and so, the used characters and taxons were all focussed on this classification. However, this new study has pioneered in many aspects:

This study has detached from many of the previous assumptions on dinosaur phylogeny and has analysed a large number of species and many characters not included in previous investigations. This has made the resulting evolutionary tree pretty different from the ones obtained before.

Then, how does the dinosaur’s evolutionary tree stand according to this hypothesis? Well, the matter is somewhat complex, even if the different groups are still divided in two orders:

Keeping this in mind, let’s now see the characteristics that define these two orders.

The order Saurischia is almost the same, except that theropods are no longer part of this group. This order presents the original saurischian hip structure, which the dinosaurs’ ancestors also had. According to this new hypothesis,  herrerasaurids and sauropodomorphs are all included as saurischians.

Herrerasaurids (Herrerasauridae family) were a small group of basal saurischians that evolved towards meat-eating. That’s why for a long time it was thought that they were the sister-taxon of theropods, but it was later seen that they were found among the first saurischians. Even if they were pretty specialized, they were probably displaced by competition with other predators, appearing during the middle Triassic and becoming extinct at the end of it.

Herrerasaurids occupied a similar ecological niche as theropods. The new hypothesis implies that hypercarnivory (feeding exclusively on meat) evolved independently twice in dinosaurs, which makes some palaeontologist question it. Yet the herrerasaurid and theropod anatomy differed in some aspects, such as the anatomy of their hands (more generalistic in herrerasaurids) and the jaw structure.

The first sauropodomorphs were biped animals just like herrerasaurids, even if they were omnivorous. Yet, sauropodomorphs would end up becoming huge herbivorous quadrupeds with characteristic long necks.

The new dinosaur order is Ornithoscelida, which groups theropods with ornithischians. This taxon is supported by more than twenty skeletal synapomorphies (derived characters shared by a clade), present both in basal theropods and ornithischians. Some of these characteristics include the presence of a gap between premaxillar and maxillar teeth (diastema) and the fusion of the ends of the tibia and the fibula into a tibiotarsus (even if these characteristics are only found on the most basal species).

Both theropods and the first ornithischians were bipedal animals. Also, the presence of heterodont teeth in the ancestral members of both groups leads us to think that the first ornithoscelidans were omnivorous, which would later specialise in feeding on meat and on plants (theropods and ornithopods respectively).

A curiosity about the new classification is that accepting Ornithoscelida as a valid taxon, all feathered dinosaurs are put together into one group. Everyone knows that many theropods presented feathers (as they were the ancestors of birds) but, what most people don’t know is that feathers have also been found in some basal ornithischians and in more advanced ones too.

Then, is this hypothesis irrevocable? Well, no of course. Even if it’s pretty tempting to assume that the dinosaur’s natural history has been changed, we cannot say that from now on dinosaurs will be classified this way.

Even if this study shows really interesting results about the origin of dinosaurs, we cannot dismiss hundreds of previous studies about this group of animals. We’ll have to remain alert to new articles that step by step will keep unveiling more information about the relationships between these Mesozoic reptiles. And that’s what’s so stimulating about biology, that there’s nothing sure! And that with new investigation techniques and new discoveries, little by little we learn more about the world around us.

The following sources have been consulted during the elaboration of this entry:

In this blog, we usually use therms related with the classification of living beings and their phylogeny. Due to the difficulty of these therms, in this post we will explain them for those who are introducing to the topic.

Before introducing in the topic, it is necessary to explain two concepts, which are usually confused: systematics and taxonomy.

Systematics is the science of the classification and reconstruction of phylogeny, it means that is responsible for reconstructing the origin and diversification of a taxon (unit that we want to classify, such as a species, a family or an order).

On the other hand, taxonomy is the study of the principles of scientific classification, the order and the name of organisms.

In other words, while systematics is responsible for creating systems of classification, which are represented by trees, taxonomy establishes the rules and methods to identify, name and classify each species in the different taxonomic categories based on systematics.

ABOUT SPECIES AND BEYOND

We cannot begin to talk about how to classify species without knowing what is a species and other classification levels of organisms.

WHAT IS A SPECIES?

Along history, it has been given several definitions to the concept species with different approaches.

Species are classified into a hierarchical system based on more taxonomical categories. From the highest to the lowest category, organisms can be classified in: Domain> Kingdom> Phylum> Class> Order> Family> Genus> Species> Subspecies> Variety> Form.

We are giving an example: imagine dogs.  Dogs, like wolf, are included in the same species: Canis lupus, but dog is the subspecies Canis lupus familiaris. The naming of a species is its genus (Canis) followed by the specific epithet (lupus). The other taxonomical categories of dogs are: Eukarya Domain, Animal Kingdom, Chordata Phylum, Vertebrata Subphylum, Mammalia Class, Carnivora Order and Canidae Family.

HOW IS TREE OF LIFE RECONSTRUCTED?

To reconstruct tree of life, it is the relationships between living and extinct species (phylogeny), we use traits. Traits are features of organisms that are used to study the variation inside a species and among them.

To reconstruct the phylogeny, it is used the shared traits among different taxa. We have to distinguish two types of similarity: when similarity of traits is a result of a common lineage is called homology, while when it is not the result of common ancestry is known as homoplasy.

There are three types of homoplasy:

There are different types of traits that are used to order living beings: morphological, structural, embryological, palaeontological, ethological, ecological, biochemical and molecular.

Species that share derived states of a trait constitute clades and the trait is known as synapomorphy. Synapomorphies are traits that were originated in a common ancestor and are present in that ancestor and all its descendants. So, mammary glands are a synapomorphy of mammals.

After the selection of traits, the several classification schools use them in different ways to get the best relationship between living beings.